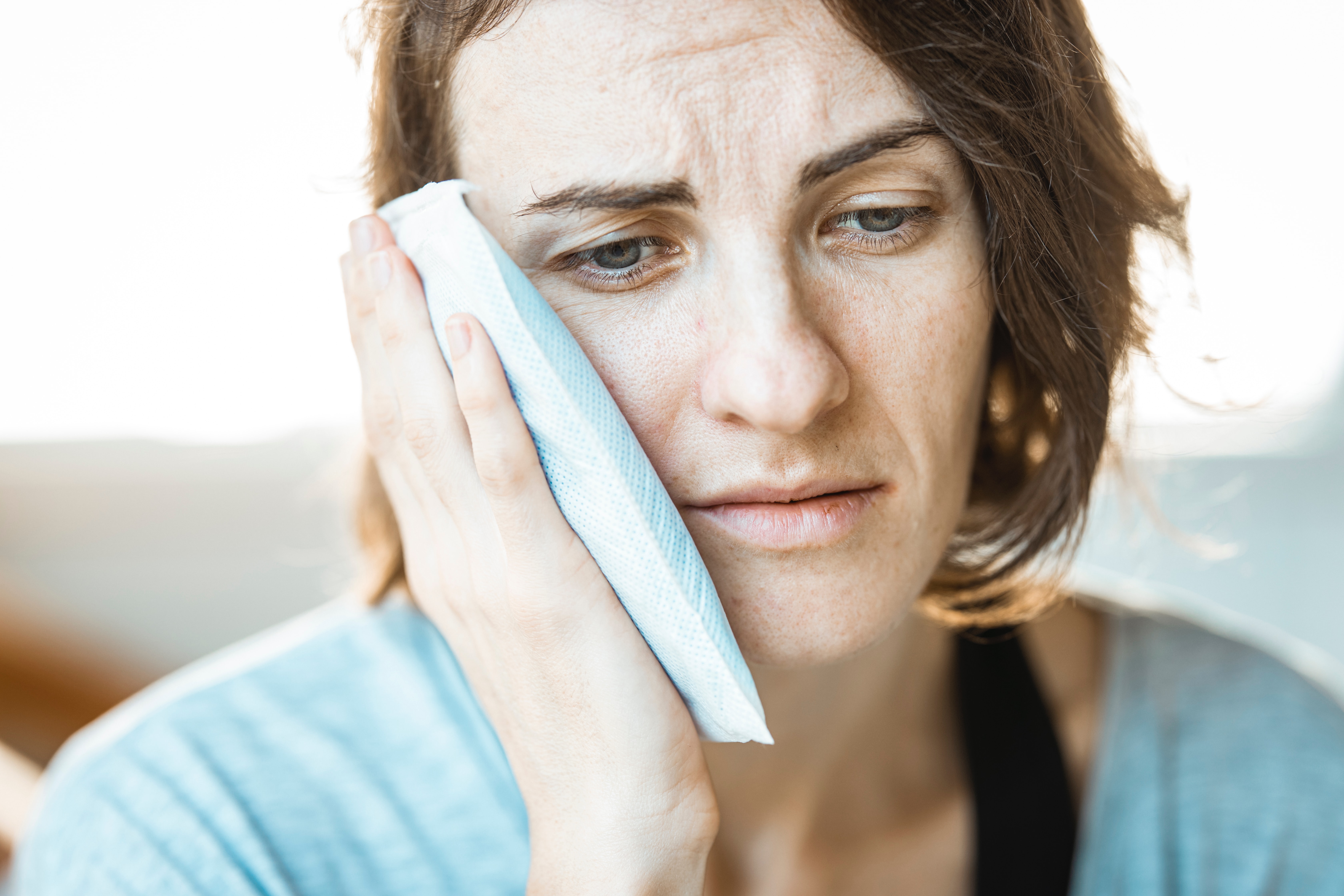 Going to the doctor is the best solution when you have a toothache. However, dentists usually can’t do anything as long as the tooth still hurts. Don’t worry! You may be able to try some of these natural or herbal toothache remedies while waiting for the next appointment.

Several choices of natural toothache remedies
Many things can cause toothache. Starting from cavities, infections, gum disease, or disorders of the jaw joint. But whatever the cause, the pain that is felt usually not only makes it difficult to eat and drink but also spreads to the head.

Here are some natural and traditional toothache remedies that can help before you go to the doctor:

Gargling can help release food debris that is still stuck between the teeth. Meanwhile, saline solution can increase the PH balance in the mouth. In addition, it creates an alkaline environment that makes it difficult for bacteria to live.

Bacteria can only reproduce in an acidic and humid environment. Well, the environment generally occurs because of dry mouth conditions. When the mouth is dry, there is less saliva production, whereas saliva serves to neutralize the PH balance in the mouth.

Gargling can reduce dryness in the mouth. Therefore, this method can help relieve toothache and relieve swelling of the gums. This traditional way of treating toothache can also speed up wound healing in the mouth area.

How to use salt water as a natural toothache remedy is very easy. Simply dissolve 1/2 teaspoon of salt in a glass of warm water. Gargle with salt water at least twice a day or until the toothache subsides.

The use of salt water as a toothache reliever has been around since ancient times, you know! This natural method is also considered safe for pregnant women.

A study from the Journal of Dentistry reported that 78-95% of the eugenol compound in cloves can relieve pain naturally. Dentists also use the eugenol treatment to relieve pain in the teeth or gums.

Based on this, many use cloves to help reduce inflammation and kill bacteria that cause toothaches.

There are various ways to use cloves as a natural toothache remedy. Some suggest biting a whole clove stem on the area of ​​the tooth that hurts for a while. Some suggest using a cotton ball dipped in clove oil and placed on the aching tooth.

In addition, ingested clove seeds or oil can also increase the risk of sore throat and vomiting. So, make sure the clove oil doesn’t drip onto your tongue or sensitive gums.

This neglect can cause a burning sensation in the gums or damage to the tissues and nerves around the aching tooth. Clove oil should also not be used in pregnant and lactating women, children, and people who have a certain medical history.

Don’t throw away the guava leaves if you just bought the fruit. Guava leaves have anti-inflammatory, antimicrobial, and at the same time pain reliever (analgesic) properties which can be a way to treat a toothache at home.

Summarizing various studies, this leaf is reported to help relieve tooth pain and inflammation due to periodontitis. Two different studies from the Philippines and Cameroon also proved that guava leaves are effective in treating canker sores.

How to use it, chew 1-2 pieces of guava leaves until the water comes out. Then apply the juices of the leaves with your tongue directly on the aching tooth.

Don’t like the bitter taste of the leaves? Alternatively, you can boil four to five guava leaves and then strain them in a glass. Let stand until warm lukewarm, add a pinch of salt. Use the guava leaf solution as a mouthwash.

The benefits of garlic have been known for thousands of years as a natural remedy for toothache. Garlic works to relieve pain by killing bacteria that cause tooth infections.

Using garlic as a way to treat a traditional toothache is very easy. You can chew raw garlic for a few minutes on the side of the mouth where the teeth are grumbling.

If you don’t like it that way, thinly slice an onion and bite the slice on the area of ​​the tooth that hurts. You can also grind garlic to rub on the aching tooth area.

However, it is reiterated that you need to be careful when using garlic for toothache medicine. According to research from India, raw garlic left in the mouth for too long can cause burns to the gums and soft tissues in the mouth.

Other studies have also found that raw garlic applied directly to the skin can equally cause burns.

Ever heard of the thyme plant? You can use this plant as an herbal toothache medicine. Thyme is claimed to have high antibacterial and antioxidant content so it can help treat toothaches.

Simply drop an adequate amount of essential oil containing thyme on a cotton swab, then apply it to the area of ​​the tooth that hurts. Not only that, but you can also mix it in water and make a mouthwash.